More than 70,000 Tie-Bar-Less machines
When it comes to the unparalleled success story of ENGEL’s tie-bar-less technology, the numbers speak for themselves, with more than 70,000 machines in the hands of around 10,000 customers. It was first released 30 years ago at the K show in 1989 and is currently enjoying a true resurgence. ENGEL’s tie-bar-less injection moulding machines are able, like no other machine design, to combine cost-effectiveness and efficiency with minimal resource consumption.

The idea for the new solution came from the processors themselves. Especially when using large moulds, the tie bars would curb the creative freedom of mould manufacturers. Mould mounting and dismounting through the four tie bars is rather complicated.

“Even back in the 1980s, these restraints could not be reconciled with the demand for more efficiency in manufacturing,” stresses Stefan Engleder, CEO of the ENGEL Group.

As a result, the highly flexible mould area and simple mould changing offered by the tie-bar-less machine even tempted the sceptics to try out the unconventional design method – and they were impressed by the results. Interest from the industry was soon so great that the tie-bar-less machine became the predominant design at ENGEL’s main production plant in Schwertberg, Austria. Within a few years, it turned into a full machine series, which was dubbed “victory” on account of its victorious triumph.

“The market quickly recognised that this barrier-free clamping unit does more than just make mould set-up simpler,” reports Gerhard Dimmler, senior vice president of product research and development at ENGEL AUSTRIA. “Other benefits of tie-bar-less technology include improved ergonomics for all manual work in the mould area, more flexible automation solutions with the robot able to directly reach the cavities from the side, and more compact production cells with lower capital investment and operating costs.”

The particularly large mould-mounting platen areas are the key to boosting productivity per unit of area. Since there are no tie bars in the way, the platens can be utilised completely up to the very edge. This means that large moulds can fit on relatively small machines.

“In many cases, you can pick a machine that ranks one or two levels lower in terms of clamping force than would be necessary for the mould on a conventional machine with tie bars,” emphasises Franz Pressl, product manager for hydraulic tie-bar-less machines at ENGEL AUSTRIA. “By needing to use less energy and coolant, a smaller machine significantly helps to conserve resources. Another plus-point is the ideal utilisation of production floor space, given that shop floors often have to accommodate several machines. “It is impressive how many of our customers are using tie-bar-less technology to its full potential, giving them a substantial competitive advantage,” Engleder says.

For instance, there is particularly high potential for efficiency with multi-cavity moulds, multi-component processes with in-mould core-pulls and sliders, and ENGEL’s foammelt structural foam moulding, all of which require little clamping force for their respective mould volumes.

Even surface pressure throughout the mould mounting platen
Thanks to the consistent patent protection for tie-bar-less technology and all its improvements, it has remained a unique selling proposition for ENGEL to this day. One area in which some important milestones have been achieved is the joint on the moving mould mounting platen, which is known as the force divider in the current generation of machines. The force divider ensures that the moving platen follows the mould in a perfectly parallel manner during clamping force build-up and guarantees that the clamping force is evenly distributed across the entire platen area. This way, the parting lines of cavities at the edge experience the same surface pressure as cavities in the centre, which prevents flash, even when processing low-viscosity liquid silicone rubbers.

Efficient standards to meet specialised needs
ENGEL’s tie-bar-less technology is continually adapting to the changing needs of processors. Key milestones along the way have included the 2004 launch of the e-victory hybrid machine featuring an electric injection unit, the servo-hydraulic ecodrive introduced in 2008 which has since been included as a standard feature, and the current generation of injection units which has been taking the processing precision and efficiency of hydraulic machines to the next level since 2016.

ENGEL has also been offering all-electric tie-bar-less solutions since 2013. The second generation of injection moulding machines in the all-electric e-motion TL series was engineered specifically for the production of high-precision optical and electronic components. These machines have had great success establishing themselves in the consumer electronics industry, including for smartphone lenses and seals.

“We’re taking a strongly application-focused approach to the further development of all-electric tie-bar-less technology,” Dimmler reveals. “Thanks to flexible solutions for highly specific products and materials, we will be further improving cost-effectiveness, efficiency and sustainability in production through the use of tie-bar-less injection moulding machines. In this context, there is an increasing focus on smart technologies such as intelligent assistance systems.” 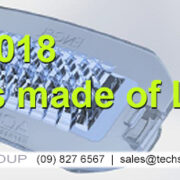 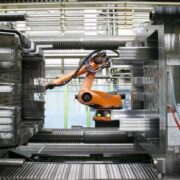 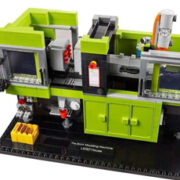 ENGEL Machine – Made by itself (LEGO®) 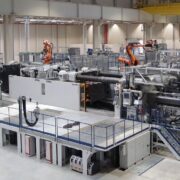 ENGEL wins another contract for BMW 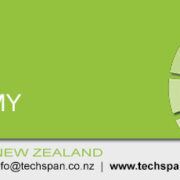 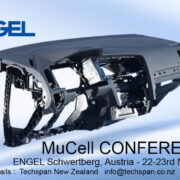