After running this event now for nine years, it is with sadness that I have to advise that the Jump Start events will come to an end. There are a combination of factors that have bought things to this end, however I feel we have achieved much much more than we ever had intended, and we are extremely proud that the Jump Start event really has changed the lives of many of our youth. Which at the end of the day is why we did this in the first place.

The event began within the executive committee of the New Zealand Parachute Federation (NZPF) during 2006, while I was the then President. My good friend Pete Maher spawned the concept of an event for youth, which we hoped we could realize on Pete’s birthday. A lot of hard work and effort went into what was to be a ‘one off’ event. The idea seemed quite crazy to start with. While we all understood the experience of skydiving, we were quite unsure if it would fly with parents and caregivers, not too mention the concept of getting the New Zealand Defence Force on board with supply of the C-130 Hercules as our ‘jump-ship’. For 50 years skydivers had tried to secure a Herc for one reason or another.. a record attempt, a skydive boogie .. however there had never been any past success. Thanks to some close friends, some great letter writing, and a whole pile of work behind the scenes, we could not believe the reply we received – The Defence Force said YES !

We named it ‘Jump Start – the experience of being alive’ , because that was the closest description that defined what we were doing. At the very first event, held in 2007 at Matamata, we managed to tie into the NZPF National Skydiving Championships – this gave us a huge pool of skydivers, all in the same place at the same time, and the ability to run the very first Jump Start event. The charity organizations we had selected (CanTeen & Project K) were over the moon, and the first 50 teenage participants went down in history as the first civilians ever to jump from an active military C-130 ! It went off without a hitch.. And thanks to the huge support from the Defence Force and the entire NZ Skydiving community – we changed the lives of 50 youth forever.

Some time went by and my good friend and idea founder Pete Maher, left the country to pursue his career in Dubai. And then out of the blue I had contact from one of the charities asking ‘Can we do this Jump Start event again this year?’ … it was something none of us on the organizing side had really considered. I had myself stepped away from the NZPF and something kept telling me ‘why not’. So some further discussion and letter writing went into action. The problem was, who was going to take up the roles to organize it all? Pete and I discussed this and we approached another skydiver and good mutual friend, Lars Bojsen-Moller. Who was nothing but very keen to jump in and help out. Since then Lars & myself, and a number of others, also declared interest in helping us to try again. This time there was a greater sense that we could actually pull it all off for a second year. Which we did.

After meeting with the then Chief of the Airforce (Air Vice Marshall Graham Lintott), he was so impressed with the work myself & the team had been doing, he told me that as long as I continued to organize this event, he would put through a ‘standing order’ – meaning we would not need to keep writing to HQ Joint Forces any longer. He set it in place that we would have a C-130 Hercules every year!

And so it began.

Now – after nine years we have given 450 young people what we describe as ‘the experience of being alive’ , a Jump Start . The premise of which is to Transform ! And boy did we do just that.

When the Christchurch earthquake struck, and Im talking about the second quake, followed shortly after by the Japanese quake & following tsunami, we still managed to get our event completed – thanks to the huge undertaking by our Defence Force to ensure we would still have our aircraft. Just amazing stuff.
Sadly, and as we all know, in 2013 our C-130 was not to be. Again Lars and myself, and some amazing people within the skydiving community still managed to provide a skydiving experience for the kids. However 2014 and again in 2015, we were also unable to gain use of the C-130 due to operational requirements of the aircraft. We did however still manage to provide the kids with their skydive experience.

While we have never been under any illusions that Defence Force support may not happen, and our website clearly stated these facts –
It could happen that the C130 may not be available at the last minute, due to war, natural disaster or maintenance difficulties. In this case, the event may either be cancelled or rescheduled after consultation with Defence Force HQ and the Jump Start committee. Cancellation would be beyond the control of the Jump Start organizers..

I would like to take this opportunity to thank everyone who has supported this event since its inception. And I wish to acknowledge the following ‘key’ people and organisations – without whom this event would not have got off the ground –

From the men & women of our Defence Force, in particular HQ Joint Forces, RNZAF Base Auckland, 40 Squadron, Parachute Training & Support Unit, Base Medical – and to the entire New Zealand skydiving community….

The Tandem Masters & Camera Flyers:
Far too many to list – you know who you are – without you we would not have had an event! Our ‘working crews’ are our Jump Start Angels, and all of them received the Jump Start Anahera badge – meaning Jump Start Angels. Look out for the badge .. and buy these guys and gals a beer .. or three !
THANK YOU – LEGENDS THE LOT OF YOU !

Last but not least – THE FUNDRAISERS:
There are simply far too many to name here – but thank you to each and every one of you !
As you will all know, apart from event costs, all surplus funds are donated to the beneficiaries CanTeen & Project K.
And the fundrasie online website shows we raised $111,210.00 !!

To everyone who supported Jump Start – at every level – big and small – THANK YOU.

This team effort makes me proud, and you should be too ! – together we all helped make a difference in the lives of our young people.

The following video will give you an insight into this profound skydiving event, which involved the NZ Defence Force and an RNZAF C-130 Hercules. Jump Start is the only event in New Zealand history where civilians have been permitted to jump for the Hercules.

im Fastnedge, Jump Start event director and Marketing Director of Techspan Group, has been jumping out of aircraft for over 20 years now (since 1995).  His skydiving career sees him with 3 National Skydiving titles, and having become hugely involved in the sport. He is also a past President of the New Zealand Parachute Federation 2002 – 2007. In 2007 Tim was honored by the World Air Sports Federation (FAI), for his services to New Zealand Airsports, and awarded the Paul Tissandier Diploma. 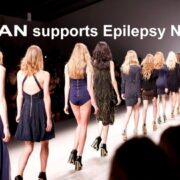 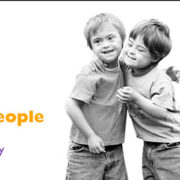